Standing out as you walk along the beach from Riet River. They were first called Fountain Rocks, because of the spectacular sight from shore and at sea when waves break up against them. They received the name from Bartholomew Diaz in 1488 while he had crew ashore looking for fresh water. They were given the present name about 1829 after the three Graces, from east to west the goddesses Euphrosyne, Thalia and Aglaia 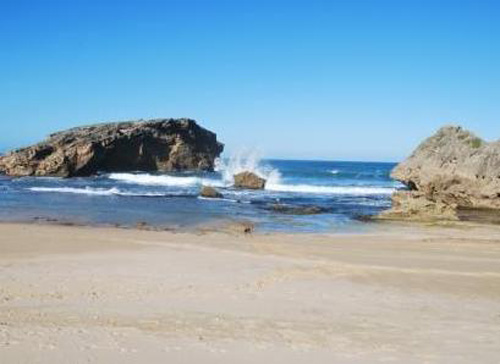 Collect shells, do some fishing or just relax between these magnificent rocks and sea pools. 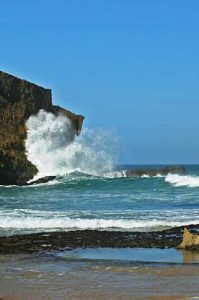